No one knows where little Leon got his muscles from. His mother knows, worst of all, just how hard it is for him to control his strength. Especially when he wants to cuddle. And Leon loves to cuddle.

While Danica struggles to keep a handle on her son, Mirko struggles with his forbidden feelings for the woman on the farm next door. It is a love doomed from the start, not only because Mirko is still a boy when they first meet and Danica is a grown woman and mother, but also because she is married to Karl, a giant of a man.

Love and lust drive Mirko from his godly home into the secret hell that is Danica’s life. One fateful night, the price he pays will prove fatal to all those he holds dear and bind him to Leon until death them do part.

Published in Denmark on October 10th 2019 by Lindhardt and Ringhof 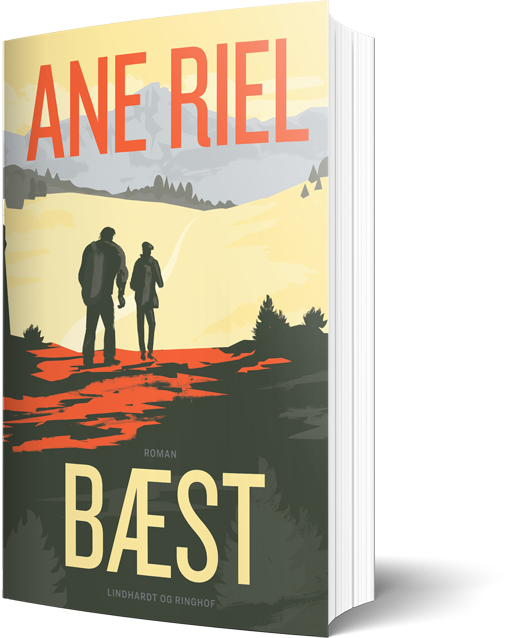 Set somewhere in the Balkans sometime in the middle of the 20th century, BEAST is a mystical tale of the unusual bond between Mirko, the boy next door, and Leon, too strong for his own good.

In parts of the book the author plays with references to John Steinbeck’s classic “Of Mice and Men”. However, as revealed in the postscript, the idea for BEAST originated from the world of science when Riel became fascinated by a case about a baby with a rare genetic double mutation that made him extraordinarily strong.
And so both scientific and literary inspiration meet in a story that is very much its own. BEAST is an examination of strength and weakness, guilt and innocence, love, destiny, and the beast within.

This highly anticipated third novel by Ane Riel was published in Denmark in October 2019 by Lindhardt and Ringhof and rights have been sold to Germany, Sweden, Norway, The Netherlands and Italy. More deals tba.

Please note that BEAST is a work of literary fiction. It’s NOT written as a thriller or a crime novel.

Scroll down to read reviews.


About RESIN – the predecessor

Riel’s previous multi-award-winning novel RESIN is sold to 31 territories so far. To find more information on RESIN and ANE RIEL – or to find press material – please choose from the English menu in the side (or top) panel.

Nominations  and awards for RESIN

The Dutch version of BEAST was released in June 2020 by Prometheus. The novel was translated by Kor de Vries who also translated RESIN (called HARS in Dutch). And like it’s predecessor BEEST was received very well in The Netherlands.
The Belgian national newspaper De Standaard even had it as no. 3 on their top 5 of best books this summer.

Below a few quotes from various reviews:

“BEEST is another masterpiece by Ane Riel”
“Ane Riel has written another gem”
“Her books are phenomenal in each their way.”
“The story is of a rare beauty. A top-class novel.”

To read reviews / see more about the Dutch reception of BEAST please click HERE (or scroll down to see reviews).

“A blast of a novel… Ane Riel has once again written a fantastic, inventive novel with exceptional prose that, even at the center of great distress and misery, provokes laughter. No need to feel guilty: it’s the linguistic surprises and eccentric turns of phrase of which Riel is a master. The cast of characters is just as lively (and just as dead – literally) as in her two previous novels. The dualism in the boy Leon, whose affection, tragically, always causes pain and in the worst case death, is both lovable and abhorrent at the same time. You pity the people around him and, at the same time, root for the infantile he-man… It is incredibly well-written and the setting, probably somewhere in southern Europe some years back, comes across vividly and fully illuminated. The same is true of the characters.”

“Odd and captivating… The story builds slowly and bites deeply. The author has a special skill for writing plots and characters that get under the reader’s skin. She lulls the reader into an intoxicated state from which one can’t escape.”

“Beast is a macabre, fairy tale-like story that shimmers with tension from start to finish… Once again Riel has written a delightful and exceptionally original book that haunts the reader’s mind long after the last page..”

“One of the best books this summer.”

“With BEAST Ane Riel has written an unforgettable story about love and friendship.”

“Riel tells her story with a mixture of fairy tale and reality. She knows how to endear the reader to Leon while at the same time making us fear him.”

“Even though I’m a crime reader incarnate, I found this book gripping in the same way as Ane Riel’s previous novel Resin. I can’t wait to see what she will write next.”

“The novel is definitely very much worth reading… Ane Riel can write exquisitely poetic prose… BEAST, like so many other beasts in this world, is … frightfully beautiful.”

“Ane Riel has written another pearl with Beast. As with Resin, the story gets under your skin… The writing is phenomenal… Riel grabs you, invites you to read the most horrible things and yet still ensures that you do not put the book down. Everything has its reason; every word has its value. There is no needless beating around the bush… Exceptionally good… Riel’s books are phenomenal in their own unique way… With Beast, Riel will keep you prisoner for hours on end. A fantastic presentation after such a fabulous debut!”

“Ane Riel rose to fame with Resin, a unique and excellent psychological thriller that left a big impression. One always has to wait and see whether the next book can meet one’s high expectations. Fortunately, this question can be answered with a yes… Beast is a dramatic novel about solidarity, impossible love and friendship.”

The author behind the book